About us
Change page

The impressive GLO Hotel Art is an arresting sight. Since 1903, it has been one of Helsinki’s premier cultural-historic landmarks – and an archetypical example of the breath-taking turn-of-the-century Art Nouveau style. It is more castle than building, with its majestic towers and balconies. Its imposing walls of grey granite cast an enticing aura, and the playful arch windows and statuesque doors do more to draw you in. Inside there is plenty of ornamentation to delight the eye, with stylized and boldly colorful nature motifs that fascinate at every turn.

Architecture such as this is truly one-of-a-kind, a union of the delicate European Art Nouveau tradition with its offshoot, Finland’s National Romantic style. The building tells the story of a nation rediscovering its roots and waking up its ancient shared identity.

GLO Hotel Art is one of Helsinki’s best-loved architectural gems. Designed by Karl Lindahl and Walter Thomé, the striking edifice was originally intended to serve as the leisure headquarters for the students of the nearby Polytechnical Institute.

Now, after years of living quietly, the castle on Lönnrotinkatu has been restored to its former magnificent glory. Every inch of GLO Hotel Art has been painstakingly renovated to reveal its original beauty. Standing in the building one can sense the swirl of emotion that Finland experienced in the early 20th century, as it dreamed of achieving sovereign nation status.

GLO Hotels offer a home base for urban hedonists - at the centre of events, you can experience the world in all of its colours. The different individuals of the lifestyle hotel chain are connected by the same DNA: we don’t just provide a place to stay-we make our customers a part of our story. We appreciate real encounters; we want to constantly surprise our guests in new ways, and the customer is always at the centre.

GLO Hotels also integrate a green dream of a greener world. Our Green Dream vision makes our dreams come true. Our operation is certified with an internationally recognised Green Key eco-label indicating sustainable tourism.
GLO Hotels is part of the Kämp Collection Hotels, a Finnish hospitality group which consists of Helsinki's most reputable hotels and restaurants, as well as Kämp Spa and St George Care. Furthermore, GLO Hotels are the only hotels in Finland being part of the DISCOVERY family with over 500 luxurious hotels and resorts around the world. As a GLO DISCOVERY member, you can earn special benefits and up to 15% discount on your stay.

Step outside and be inspired by events, trends and phenomena!

GLO Hotel Kluuvi – In the core of experiences

GLO Hotel Sello, located in Espoo’s liveliest centre and true transit hub, offers you everything you need to take on the Helsinki metropolitan area. Spend your nights in the heart of the city of innovation, just a stone’s throw from unique, natural beauty and activities and the Nuuksio National Park.

GLO Hotel Sello - The Helsinki metropolitan area at your fingertips

GLO Hotel Airport is the only hotel located in the terminal area of Helsinki-Vantaa airport. Rest on your way to new adventures or enjoy a refreshing nap and shower between flights. Comfortable bed awaits you just a few minutes walk away from the departure gates.

GLO Hotel Airport - by the gate to new adventures 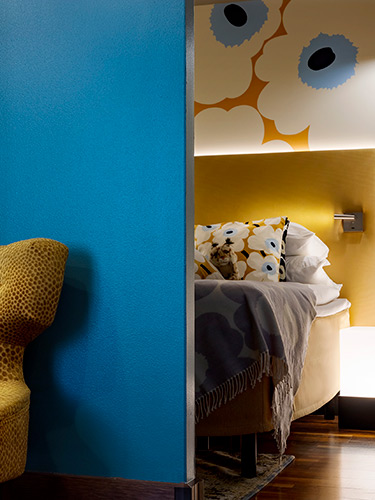